You Can Now Manage Your Own Trips Online

Red Arrow Has a Lot to be Thankful For

Edmonton is the capital City of Alberta, thus, home to Alberta’s parliament buildings. Edmonton is most well-known for having North America’s largest mall, West Edmonton Mall, which features the worlds largest indoor water park, an indoor skating rink, a golf course, a hotel, and an indoor amusement park.

Aside from being the staging site for the Alberta Oil Sands and large-scale diamond mining operations, the city is also well known for being a cultural, governmental and educational centre. Edmonton has even been given the nickname “Canada’s Festival City” due to the large presence of performing arts in the city.

Edmonton is right in the centre of Alberta, which means it is subject to both the highs and the lows of Alberta weather.

*All weather is shown in Celsius 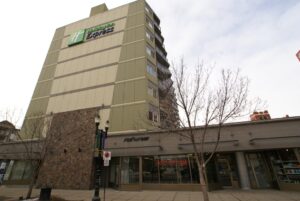 The Edmonton Downtown Ticket office is located at the Holiday Inn Express Plaza on 104 St. NW. This location has nearby train stops and is easy to access by Edmonton Transit and by car.

Parking is available at the Diamond Parking Lot across the street ($3.00 per hour / daily rates available). Parking overnight at this location is not recommended. 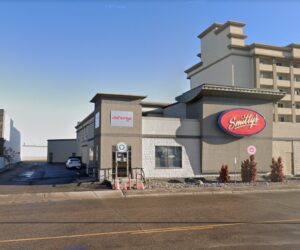 Parking is available directly with the hotel for $10.50 per day. Please inquire at the hotel front desk.

The office is located near transit. Please visit www.edmonton.ca/edmonton-transit-system-ets.aspx for schedule information. 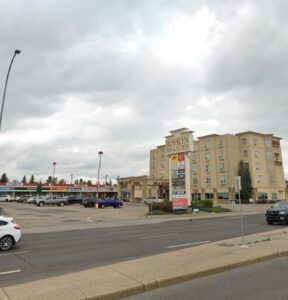 The Rosslyn Hotel stop is in North Edmonton by the Northgate Centre Mall, right along 97 St. NW. This stop is only available by advanced reservation.

There is no parking available at this stop. Pick up and drop off is available in the hotel parking lot.

You Can Now Manage Your Own Trips Online

Red Arrow Has a Lot to be Thankful For